China has laid out the pathway to resolve auditing disputes with the U.S. but some bottom lines are drawn, lawyer says.

As of May 6, 128 Chinese stocks are subject to the Holding Foreign Companies Accountable Act.

The China Securities Regulatory Commission (CSRC) has updated its auditing rules in a move that should shine hope for Chinese companies facing the threat of being delisted in the U.S.

As of May 6, 2022, 13 out of 128 Chinese stocks that have received such warnings comprise of biotech firms. The list includes BeiGene, Hutchmed, Zai Lab, Legend, Connect Biopharma, I Mab, Adagene, Burning Rock, Genetron, Sinovac, Gracell Biotech, BeyondSpring and CASI Pharmaceuticals. 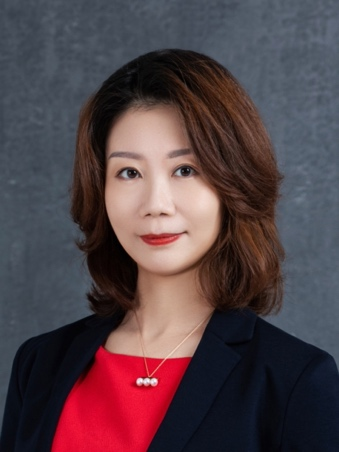 On April 2, the CSRC issued draft rules for strengthening confidentiality and archives management for offshore listings.

The move was intended to “overhaul the loopholes regarding confidentiality, data security and archive management” that arose from the outdated 2009 regulation, Annie Xue, Senior Counsel at GEN Law Firm, told PharmaDJ.

“There is a pathway ahead and the draft rules indicate that China is willing to work towards that goal. This positive tone is of paramount importance,” she said.

But there are limits. State secret, cross-border transfers of data and cross-border law enforcement are off the table. The CSRC has made clear that these will be subject to China’s control, Xue said.

What has been laid out?

The CSRC’s move is generally seen as China’s willingness to reconcile their regulatory difference with the U.S., an important cue that supports U.S. listings by Chinese companies in the future.

The document also expands the scope to cover both direct and indirect overseas listing, meaning that the new rules apply to companies that go public overseas indirectly via the Variable Interest Entities (VIE) structure. The VIE structure is commonly used for the establishment of offshore vehicles that allows foreign investors to buy into Chinese stock.

“The draft provisions set up a relatively positive tone about getting floated in foreign stock markets, including the U.S. stock markets. Article 1 stipulates that government agencies support overseas securities issuing activities as long as they are undertaken in a compliant manner,” Xue said.

To make it clear right off the bat, the CSRC further explained what “a compliant manner” means.

“They reiterate data classification requirements and put forward a roadmap towards compliant transfers of data depending on the significance of the data to national security and public interest,” she said.

“This will help clarify what data shall go through which procedures to gain the legality of information disclosure or even cross-border transfers of data,” she added.

As the CSRC has introduced a multi-tiered framework for data protection based on the sensitivity level of the data, companies will have work to do to ensure compliance. The work mainly involves written statements and non-disclosure agreements.

For documents that contain state secrets or government work secrets, companies will have to seek approval from the government before they disclose or hand them over to securities services providers and foreign regulators.

All parties, from Chinese issuers to securities services providers, are required to issue notifications of any leakage of state secrets and take remedial actions.

When it is not clear whether the information is state secrets or not, companies are required to send a request to the secrecy administrative department to resolve the matter.

As for information that could jeopardize national security or public interest, companies are required to pledge compliance with the law in a written statement to securities services providers.

“Would-be-issuers are required to provide a written statement regarding data protection and security to securities companies and securities service providers,” Xue said.

“This requirement makes clear that the issuers are primary accountability holders for data classification as well as their protection and security,” she explained, adding that this written statement should be kept for future inspections.

When securities services providers have not obtained or examined this written statement, they will be seen as failing to meet regulatory requirements.

A non-disclosure agreement is required when providing documents that contain such sensitive information to securities companies.

While the draft rules are yet to be finalized, the CSRC said it is working with their U.S. counterparts and a deal would come soon.

At the Boao Forum in April, the CSRC’s vice chairman Fang Xinghai said that the cooperation and negotiation between the Chinese and U.S. regulators over the audit issues for U.S.-listed Chinese companies have been proceeding smoothly and a cooperative agreement can be achieved soon.

One of the issues foreign accounting firms face is the difficulty in accessing the books of Chinese companies, which remains unclear.

The revised rules stipulate that documents produced in China by securities companies for Chinese companies to go public overseas “shall be retained” in China. Without prior government approval, they cannot be “brought, mailed or otherwise transferred to outside” China. It remains to be seen how the issue will be resolved.

In April, Zai Lab said that it was seeking voluntary conversion to dual-primary listing to become “a dual-primary listed company” on the HKEX and the Nasdaq. Meanwhile, BeiGene said it has hired Boston-based accounting firm Ernst & Young LLP.